← back to
Spiral Arm Media
Get fresh music recommendations delivered to your inbox every Friday.
We've updated our Terms of Use. You can review the changes here. 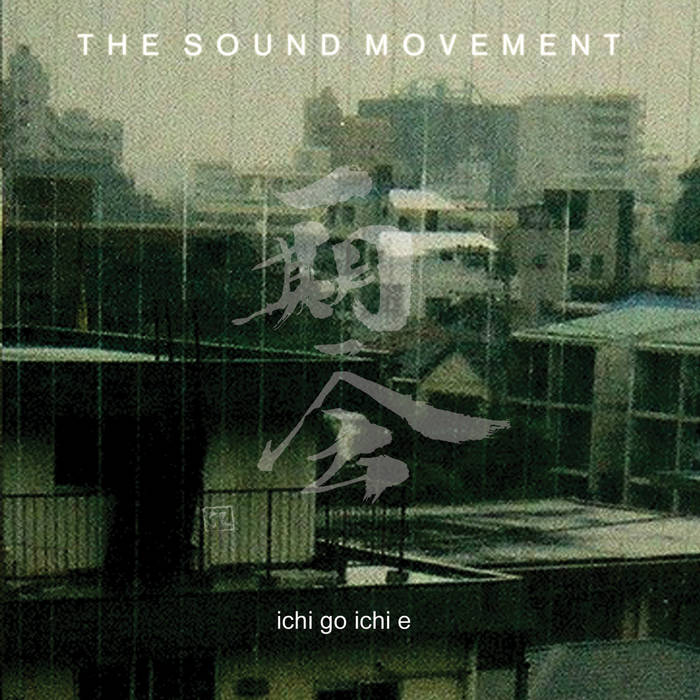 "The Sound Movement's nearly ten-year history together (first as acquaintances in other groups then from 2001 as their own trio) gives their debut album a lot of experience to draw on, not least of which is their haphazard way of making their way around the world from Australia to Japan to the U.K.. But the last port of call is where they were able to release their debut album in the end, with the short-but-makes-the-most-of-it Ichi Go Ichi E compiling a variety of recordings that result in an enjoyable first formal effort. If nothing else, the timing given the music world at large couldn't be better for them -- their crisp, bright turn around guitar-driven post-punk recalls similar U.K. '80s music obsessives like the Black Watch, who the trio almost uncannily clone on the opening "A Million Lost Dogs." From there the album's eight songs make their rich way -- not as strident and dramatic as, say, early Echo & the Bunnymen or the Chameleons, but neither as tensely wound up as the Comsat Angels, the Sound Movement emphasize a cooler restraint even while keeping the pace brisk and their arrangements busy. Frontman Andrew Day's guitar playing takes the lead at many points over his singing, but that's to the band's credit, as he sounds much more like he's flowing with the music rather than declaiming over it. Sometimes his phrases cut through with sudden impact, as on the descending chorus of "When We Fight Like This," possibly the album's highlight. The rhythm section of Kat Johnston and Josh Gross similarly blend into the guitar wash rather than cutting through it, but Johnston's bass sometimes steps to the fore to provide melodic contrast, as on "Modern Condition." "On Your Peaceful Day" is another sharp standout, especially due to Day's surf-leaning guitar on the extended conclusion, a nice touch set against the calmer sounds around it."

“Rarely can a band pull off the darker pop vibe of the 80s without sounding bland or pointless. The Sound Movement seem to have taken the sound of that era and moulded it into their own liking – crafting interesting cuts that sound wholly modern as well as retro” -